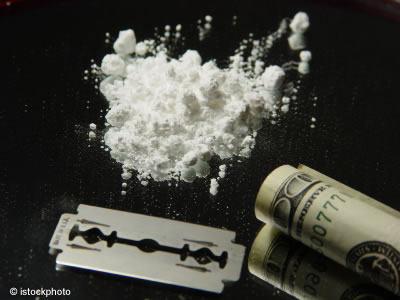 Medicines which increase levels of the brain chemical dopamine may hold the key to helping those addicted to cocaine and amphetamines kick the habit, researchers from the University of Cambridge have found.

“Treatment for stimulant dependence is difficult and often individuals battling addiction relapse several times,” said Dr Karen Ersche, of the Behavioural and Clinical Neuroscience Institute (BCNI) at the University of Cambridge, who led the research.

“At the moment, the standard treatment for people dependent on cocaine and amphetamines mainly involves behavioural approaches such as counselling and cognitive-behavioural therapy – which are useful. However, our research provides important insight into the potential development of medications which could help curb the desire of those plagued with addiction, increasing the likelihood of a successful recovery.”

For the research, Dr Ersche and her Cambridge colleagues asked stimulant-dependent individuals and volunteers who do not use drugs to perform a learning task while their brains were scanned. They found that stimulant-dependent people had problems with adjusting their behaviour when one of the rules was changed – they persistently responded to the previously correct stimulus despite being repeatedly told that the rule had changed and their responses were wrong.

Dr Ersche added: “Their inflexible performance on the task resembles their drug-taking habits in as much as stimulant-dependent people do almost everything to take drugs even when there are negative consequences such as job loss, debts, or relationship breakups.”

The brain scans which were conducted while the patients performed the learning task showed that this persistent behaviour was directly linked with reduced activation in the brain reward system. However, when the drug users were given a medication that increased the chemical dopamine in the brain reward centre, their performance improved and their brain activation normalised.

Dr Ersche concluded: “However, before this medication can be used for the treatment of stimulant-dependent individuals in clinical practice, more research would be needed using multiple doses over longer period of time.”

Previous research by the same research group had found that parts of the brain reward system where cocaine exerts its actions were significantly enlarged in cocaine users, which the scientists believe renders these individuals more vulnerable to the effects of the drugs.

The study was funded and sponsored by GlaxoSmithKline and conducted within the GlaxoSmithKline Clinical Unit Cambridge and BCNI (which is co-funded by the MRC and the Wellcome Trust).