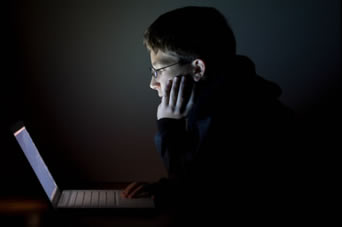 Researchers at Queens University have found a strong association between computer and Internet use in adolescents and engagement in multiple-risk behaviours (MRB), including illicit drug use, drunkenness and unprotected sex.

“This research is based on social cognitive theory, which suggests that seeing people engaged in a behaviour is a way of learning that behaviour,” explains lead researcher Valerie Carson, a doctoral candidate in School of Kinesiology and Health Studies. “Since adolescents are exposed to considerable screen time—over 4.5 hours on average each day—they’re constantly seeing images of behaviours they can then potentially adopt.”

One explanation behind this finding is that a considerable amount of advertising that used to be shown on TV is now being shown on the Internet. In addition, computer usage by adolescents has increased considerably in recent years.

“TV and video games have more established protocols in terms of censorship, but Internet protocols aren’t as established,” says Ms Carson. “Parents can make use of programs that control access to the Internet, but adolescents in this age group are quite savvy about technology and the Internet. It’s possible that these types of controls aren’t effective in blocking all undesirable websites.”

This research, recently published in the Journal of Preventative Medicine, suggests that future studies should examine the specific content adolescents are being exposed to in order to help strengthen current screen time guidelines for youth.