Depression a global problem: It’s not just Westerners who get the blues 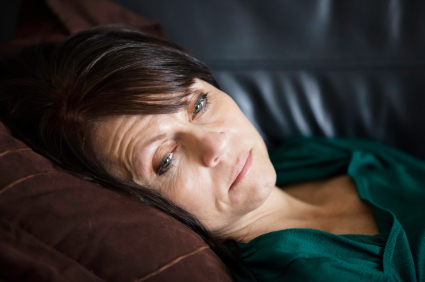 Depression and anxiety are found in every society in the world, debunking old theories that only Westerners get depressed.

These new findings come from the world’s most comprehensive study of anxiety and depression research to date, published by researchers at The University of Queensland.

In two separate studies of anxiety disorders and major depressive disorder (that is, clinical depression) study authors found that surveys of clinical anxiety and depression have been conducted across 91 countries, involving more than 480,000 people.

They show that clinical anxiety and depression are serious health issues all around the world.

Anxiety disorders were more commonly reported in Western societies than in non-western societies, even those that are currently experiencing conflict.

Clinical anxiety affected around 10 per cent of people in North America, Western Europe and Australia/New Zealand compared to about 8 per cent in the Middle East and 6 per cent in Asia.

The opposite was true for depression, with people in Western countries least likely to be depressed.

Depression was found to be lowest in North America and highest in some parts of Asia and the Middle East.

About 9 per cent of people have major depression in Asian and Middle Eastern countries, such as India and Afghanistan, compared with about 4 per cent in North and South America, Australia, New Zealand and East Asian countries including China, Thailand and Indonesia.

Alize Ferrari, lead author on the depression study, said findings suggested that depression appeared to be higher in parts of the world where conflict is occurring.

However, she warns that it can be difficult to obtain good quality data from some low and middle income countries.

“More investigation of the methods we use to diagnose depression and measure its prevalence in non-western countries is required, as well as more research on how depression occurs across the lifespan,” she said.

“Measuring mental disorders across different cultures is challenging because many factors can influence the reported prevalence of anxiety disorders,” said Ms Baxter.

“More research is also needed to ensure that the criteria we are currently using to diagnose anxiety is suitable for people across all cultures.”

Both major depression and anxiety are found more commonly in women than in men.

The Global Burden of Disease
The new Global Burden of Diseases, Injuries, and Risk Factors Study (the GBD 2010 Study) is the first major effort since the original GBD 1990 Study to carry out a complete systematic assessment of global data on all diseases and injuries. GBD 2010 will produce comprehensive and comparable estimates of the burden of diseases, injuries and risk factors for 1990 and 2005, with projections for 2010. This project is funded by the Bill & Melinda Gates Foundation and is collaboration between Harvard University, the Institute for Health Metrics and Evaluation at the University of Washington, Johns Hopkins University, The University of Queensland, and the World Health Organization (WHO).

Global variation in the prevalence and incidence of major depressive disorder: a systematic review of the epidemiological literature
A.J. Ferrari, A. J. Somerville, A. J. Baxter, R. Norman, S. B. Patten, T. Vos and H. A. Whiteford
Psychological Medicine, doi:10.1017/S0033291712001511

The study also found that, while clinical depression is common throughout the lifespan, anxiety becomes less common in men and women over the age of 55.

About one in 21 people (4.7 per cent) of people will have major depression at any point in time.

Anxiety – the most common of all mental disorders – currently affects about one in 13 people (7.3 per cent).

The studies are the world’s most comprehensive reviews of research on major depression and anxiety.

They are published as part of the Global Burden of Disease (GBD) Study that will be released later this year. The GBD Study will include estimates for 220 diseases including 11 mental health disorders.